Here is an overview of the different black materials used in vintage and antique jewellery. 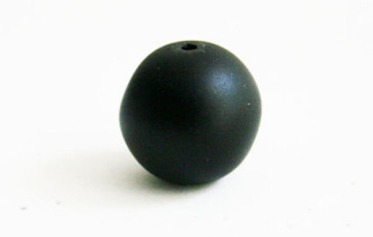 Onyx is a variety of chalcedony. For more information, see here.

Berlin iron is made from cast iron and delicate wire pieces. For more information, see here.

Enamel is fired ground glass. In theory, almost all methods of enamelling can produce black items but generally it is en grisaille, niello and taille d’epargne which are known for being worked in black. (Technically, niello work is not true enamel but is usually classified as such)

Gutta Percha is a type of rubber derived from the gum of Asian trees. It is usually molded rather than carved and mould lines can be visible when examined carefully. When rubbed vigorously, it gives off an acrid, rubber smell. It is very flexible and durable and can produce a wide variety of jewellery items. Upon close inspection, you can see that it is actually brownish-black. Popular through the mid and late Victorian era, it made its debut at the Great Exhibition of 1851.

Vulcanite is vulcanised India rubber formed using sulphur. It was first patented in 1844 by Charles Goodyear. Vulcanite is almost always moulded, as opposed to carved. It is actually white and can be dyed to produce a variety of colours, often in imitation of coral and tortoiseshell. Most commonly, however, it was dyed black and used in mourning jewellery as a substitute for jet. Over time, black vulcanite usually turns dark brown. It is lightweight and warm to the touch. It will develop a sheen with polishing but is never as glossy as jet. Like jet, it will leave a brown streak on porcelain or unglazed tile. 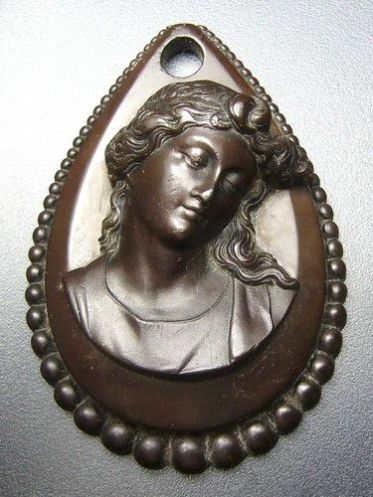 French jet is black or very dark red glass. It can sometimes be backed with foil or attached to a metal setting but is most commonly found as beaded necklaces. It first made its appearance in the early part of the 19th century but came into its own in the 1860s when the techniques to produce it were perfected. It was produced in France, Germany, Austria, England and what is now the Czech Republic. It is cold to the touch and heavier than jet and has a distinctive glitter. Sometimes it is roughly moulded or carved to further simulate jet. Upon close examination, it can often be identified by tiny chips. If you gently tap it against your teeth, you should be able to identify the chink as glass.

Like jet, bog oak is fossilised wood. It is usually mined from the bogs of Ireland and is not necessarily oak but can be fir, yew or pine. Similar in feel to jet, it is lightweight and warm to the touch but generally has a more matte finish. It was used from the early 1800s and grew in popularity after 1852 when techniques involving heat and pressure were invented to mold it and create detail. It can be carved or moulded. It is generally found in mourning jewellery as a substitute for jet but can also often be found with Irish motifs in the form of souvenir jewellery.

With age, tortoiseshell can darken enough to appear black. See here and here. 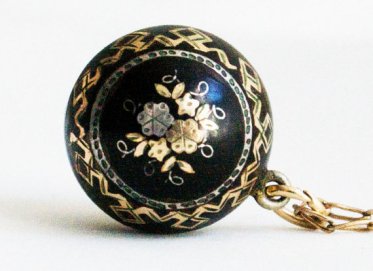 The wide variety and beauty of the natural materials used in vintage and antique jewellery is staggering. It seems jewellery designers never cease in their inventiveness. Here is a list which I believe is comprehensive or almost comprehensive (there is bound to be something I have left out).

I have excluded metal as that seems to deserve it’s own separate list.

Copyright © 2017 by Pippa Gaubert Bear and Elder & Bloom. Unauthorized use and/or duplication of this material without express and written permission from this website’s author and/or owner is strictly prohibited. Excerpts and links may be used, provided that full and clear credit is given to Pippa Bear and Elder & Bloom with appropriate and specific direction to the original content. 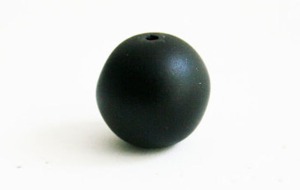 Jet is fossilized wood, specifically fossilized resinous driftwood, originally from the Monkey Puzzle Tree, pressurized between layers of shale in the Jurassic period.  It has a feel like no other substance.  Smooth and mat and velvety, almost warm to the touch, it isn’t like wood or like stone or like rubber…it is unique.  Once you have handled real jet you will never forget the feeling in the hand.   Jet is considered to be one of the  ‘organic gemstones’ (the others are pearls and coral and amber).  A common misnomer for jet is ‘black amber’. Another confusion is that jet is often used to describe the color black and not just used to describe the substance.  (So if someone says that have a ‘jet necklace’ check that they don’t just mean they have a black necklace). The first piece of jet jewelry dates from 17, 000 B.C in Spain so it has truly been in favor for a long time.  It was also popular in Ancient Rome and has also often been used for rosary beads. However, in more recent times jet truly came into vogue after the death of Prince Albert in 1861.   As mourning jewelry became so popular, jet became a very favored substance and was always part of Queen Victoria’s mourning dress.

In the 1920s, the flapper girls favored long strings of jet beads and found them excellent accessories for dancing.

Since the town began production in 1800, the most sought after jet has been from Whitby in Northern England.  ‘Whitby Jet’ is prized worldwide and is still a thriving production center.  Jet is relatively soft and is easily carved.  There are some stunning carved designs of Whitby jet, particularly brooches, which came in a large variety of designs.  Jet is also easily polished.

Carved Whitby jet brooch, late Victorian.  (This brooch is showing some slight damage around the edges).

Carved Whitby Jet Brooch, circa 1870.  The word ‘Mother’ as well as first names were popular, probably to remember deceased loved ones.

There are many other substances which are often mistaken for jet.  Onyx may have a similar look but is much cooler to the touch and shinier.  French jet is not jet at all but is in fact black glass.  Vulcanite or ebonite, Gutta Percha, coal, bog oak, epoxy resins and other substances have all been used in the past to imitate real jet.  It is worth becoming familiar with all of those just so you can better identify jet. One test for jet is to rub it on some unglazed porcelain; real jet will leave a brown mark. However, once you have handled a few pieces you will find this unnecessary. Jet is the most valuable of all the previously named substances apart. It is considered highly collectible, particularly Whitby jet. 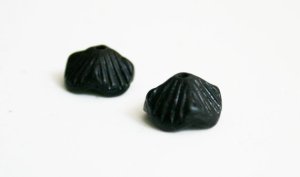 Personally, I believe a simple jet bead necklace and some drop earrings are the most wearable and stylish ways of wearing jet in the modern era. 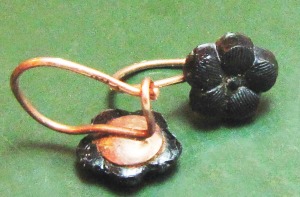